This beautiful species is widely distributed and as such, thought of as “common”. For me, this species will always hold a special place in my heart, as it is the species that inspired my shift from mammal physiology to avian physiology. This shift led to my passion for and addiction to all things bird!

The southern red bishop is distributed widely over southern Africa, inhabiting marshy grasslands and wetlands, and feeding on seeds, insects, and nectar. The plumage of breeding males is red, with a black bill, a black face mask (extending into the forecrown and ending at the throat), black breast and belly feathers, and brown wing and tail feathers. Non-breeding males and females have brown colouration with a streaky chest, a buffy supercilium, buffy under-wing feathers and pink-brown bill. Males are typically larger than females, however there is some overlap in size, so caution needs to be applied when using size to identify the sex of an individual. Southern red bishops are polygynous, and successful males can hold territories and attract between three and eight females. Males are highly territorial and spend a lot of time defending their territory and performing territorial displays. They also perform courtship displays for females that come into their territory.

There has been a lot of interest in sexual selection in this polygynous species and finding out how females choose their mates as well as how males assess dominance in territorial displays. In a mate-choice study, Pryke and Andersson (2008) found that female red bishops preferred naturally long-tailed males (5 cm), but were indifferent to control length tails (4 cm), discriminated against short-tailed (3 cm) and supernormal-tailed (8 cm) males. This meant that females were choosing their mates based on the length of their tail. However, due to the discrimination of the supernormal-tailed males, it is likely that there is another mate choice cue that females rely on in addition to tail length. In another study by Ninnes et al. (2017), male red bishops were found to assess their opponents (during male contests) by the looking at their red (carotenoid-based) plumages.

I hope you enjoyed reading about this amazing species. Follow my instagram page for more photos and updates. https://www.instagram.com/birdnerdsa/ 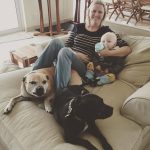